What: One of the best FODMAP-friendly dishes in Melbourne

There aren’t many dishes on Abla’s menu that don’t include some form of onion and garlic, but that’s OK – the best dish on its menu doesn’t have either.

Papa WFYB and Mama WFYB’s eating patterns are the polar opposite to my constant compulsion to try new places. They find a restaurant they like and religiously keep going back to it until it ends up disappointing them in some way. Abla’s is one of the few that hasn’t yet fallen out of favour with them, alongside their perennial favourites Bar Idda (a cutesy Sicilian restaurant in Brunswick East that you absolutely must visit if you haven’t yet been) and Le Café Flo (a cosy and unpretentious French creperie in Thornbury that is also well worth your time).

Abla’s is a Lebanese institution in Carlton that was established in 1979 by its namesake Abla Amad after she migrated to Australia a few decades prior. Thirty-nine years old, this immigrant success story is also one of the first restaurants I took my parents to when they moved to Melbourne. They’ve never looked back, insisting that we visit it at least a few times a year. It’s a bustling, family-run local with patrons who converse freely with the waitstaff and frenzied action concentrated in a small space.

It is not unusual to arrive early to dinner with my parents only to find them there and tucking into an array of dishes they’ve already ordered because they were too impatient to wait for me. Is this a migrant parent thing, or a gung-ho parent thing? Whatever it is, I pre-empted my parents’ predilection for prematurely ordering by texting them the FODMAP-friendly things I’d like to order off the menu if they weren’t going to wait for me: makaneek (grilled home-made spiced lamb sausages); silverbeet leaves stuffed with rice, chickpeas, tomatoes, herbs and spices; and cue the drumroll the dish that keeps me coming back time and time again – the chicken pilaf with minced lamb, flaked almonds and pine nuts.

By the time I’d arrived, my parents had polished off six of the nine makaneek, which was no matter until Mama WFYB sneakily had a fourth while I was shovelling the remaining two into my gob. It surprised me when I was told in the past that these spiced lamb sausages didn’t have any onion and garlic, flavoursome as they were, but I didn’t question it. These sausages were a far cry from their pedestrian counterparts that get whipped out at a barbie. Long and thin with a heady combination of ground lamb and pine nuts, black pepper, white pepper and myriad other spices, the makaneek was oily, vinegary and piquant without being overly spicy. 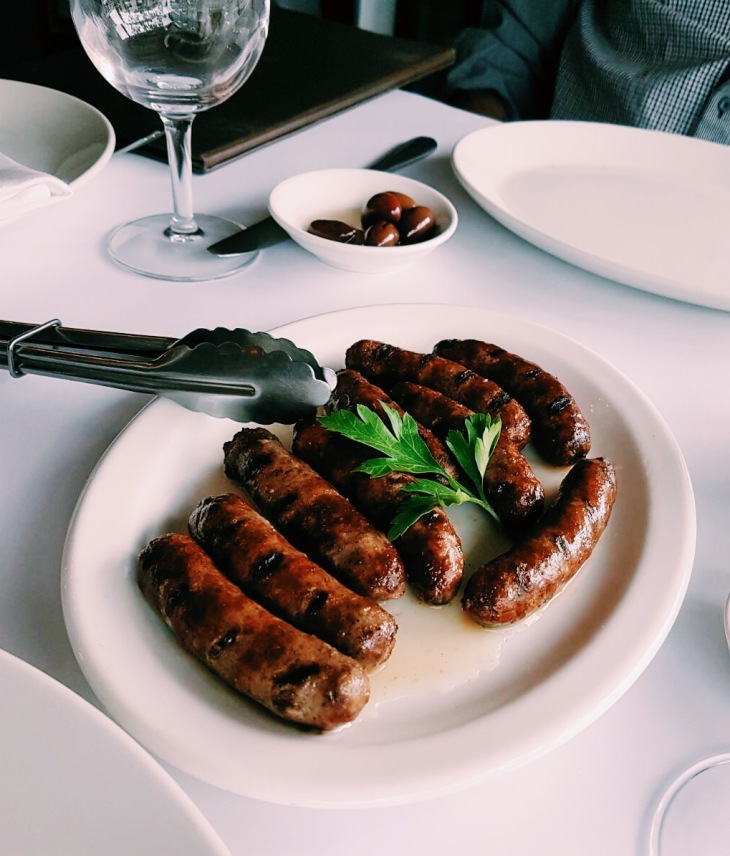 Although we’d been informed the last time we visited that the silverbeet rolls only had spring onion, we were told this time by a brusque waitstaff that they had onion onion, which was most disappointing. We ordered the Lebanese potatoes sans garlic instead.

Because they can, my parents ordered the smoky baba ghannouj dip with pita. I was told I could order the onion and garlic-free labne if I wanted to try a dip, but I satisfied myself by watching my parents lavishly use their strips of pita to mop up the smooth and creamy baba ghannouj.

The potatoes arrived soon after. Without the garlic paste that they were supposed to be cooked in, these potatoes were fairly unassuming, though I did enjoy them. Dusted in chilli, salt, coriander and then presumably double fried, they were crisp on the outside and fluffy on the inside.

The moment we’d all been waiting for finally arrived when the chicken pilaf landed on our table. Ensconced in a heavenly dome of shredded cinnamon-dusted chicken, the buttery minced lamb and perfectly cooked long-grain rice were elevated by salty bursts of the slivered almonds and pine nuts scattered throughout. The advantage of my parents ordering the pita with baba ghannouj is that they’re usually too full by the time this dish arrives, which means more for me! It’s hard to believe the pilaf doesn’t have an ounce of onion and garlic, but the recipe for it on Abla’s website underscores this. Though it’s not cheap at $28, this dish is unmissable.

I’m not generally a fan of black coffee, but I’m a sucker for a Lebanese coffee. While I sipped on my cardamom and sugar-laced Lebanese coffee, my parents split a halawa between them. 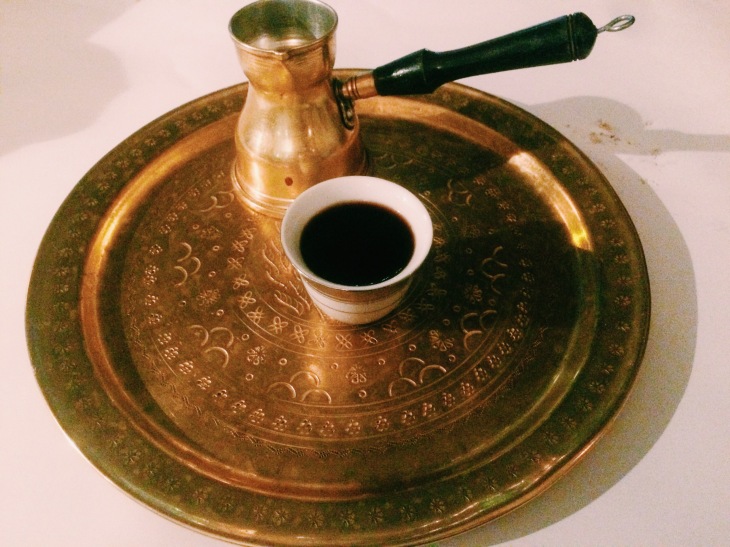 While they were expecting the Indian version ‘halva’, which is semolina flour-based and gelatinous in texture, the Lebanese version ‘halawa’ is a crumblier, sweeter version made with sesame seed paste and pistachios. 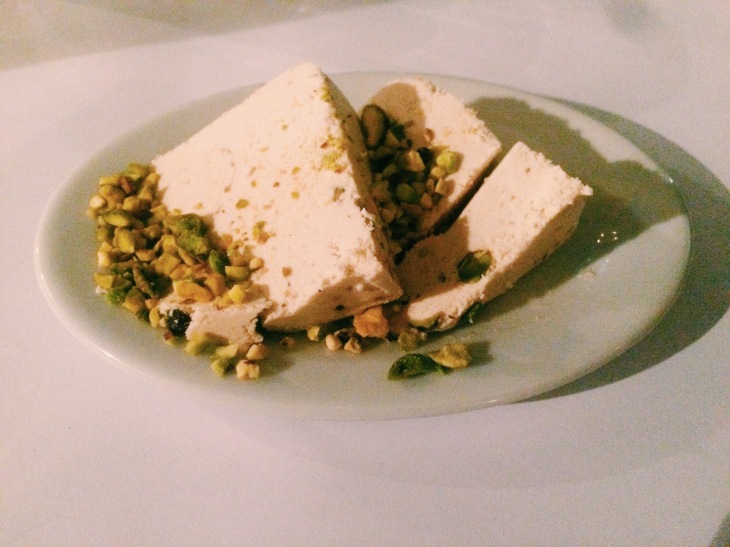 Each time I’ve visited, the waitstaff at Abla’s have fastidiously checked with the kitchen on which menu items I can and cannot eat, which means people with intolerances are well taken care of. Although one day I will attempt to make the chicken rice pilaf myself, I’m happy for now to follow my parents on their bi-monthly pilgrimage to one of their favourite Melbourne restaurants.

Abla’s is open from 12 to 3pm from Thursday to Friday and from 6 to 10pm every day but Sunday.