What: Superb Mexican food, but get in before it changes to the next Latin Amerian cuisine

In the age of Zomato, Broadsheet and the like, it’s hard to genuinely stumble upon a place before you hear about it online, although that’s exactly how I chanced upon Kiki Riki Latin Street Food. Walking along Smith Street one night, I bumped into a group of merry diners exiting the unobtrusive restaurant, who promptly exclaimed that it was the “best South American they’d had in a while”.

The kitsch and cosy yet cavernous Kiki Riki is the ideal place to do embarrassing things – like loudly sing Happy Birthday to a friend – without causing a scene, which I imagine would happen in more upmarket places that care about their noise pollution levels. 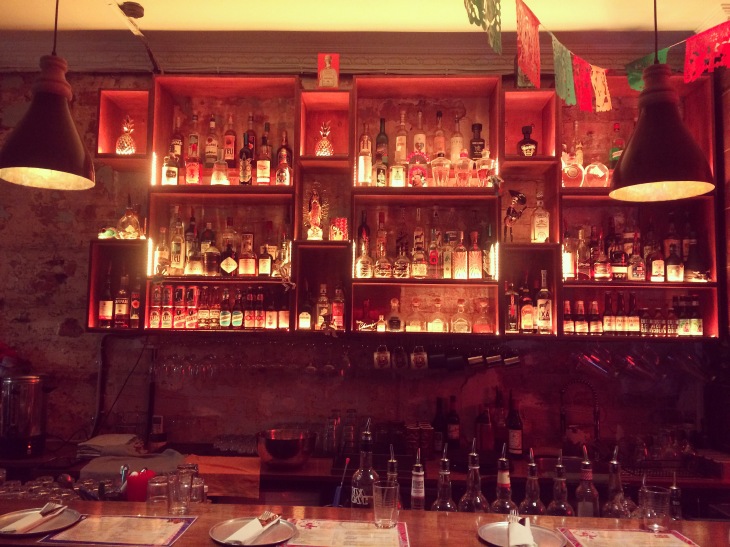 Plating up a combination of Columbian, Mexican and Spanish food, the Kiki Riki menu contains a combination of starters, salads, tacos, burritos, arepas, mulitas (which I’d never heard of before and is like a quesadilla) and desserts. I hear you – this all sounds like Mexican food that we know and love, but Kiki Riki will feature a different Latin American cuisine every few months, so I can’t wait to see what they do next.

My view on tacos is like my views on every other type of food – I sure as hell can’t make it myself, but I hold very strong opinions about how it should taste. Not too many beans (mainly because of what that means for my desk buddy at work the next day), not too much guacamole that it becomes all I taste (and apparently I shouldn’t eat more than quarter of an avocado hah), and enough crusted on cheese that the tacos don’t wilt under the weight of all they have to support. The tacos that I had at Kiki Riki were probably the best I’d had in a while. Everything was served up in the exact right proportions, aided by generous dollops of sour cream and spicy salsa roja. 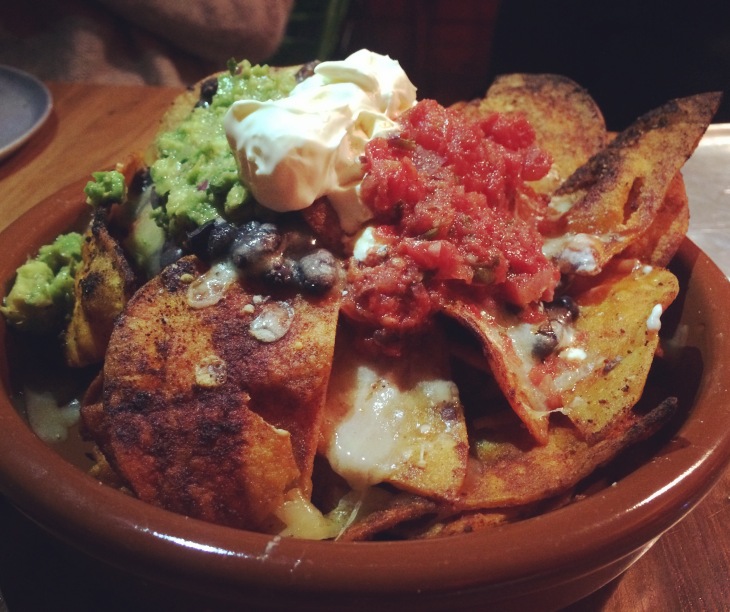 My resolve to only order two tacos wavered as soon as the waiter started walking over to our table, so I got three, obviously: the chicken tinga taco with red salsa and chipotle sour cream; the roasted eggplant taco with chipotle mayonnaise and homemade BBQ sauce; and the beer-battered zucchini taco with green salsa and chipotle mayo. My other dining companions ordered similar combinations, with a few of them going for the roasted mushroom tacos with garlic (cue: alarm bells) and crumbled feta. I deliberated ordering my tacos without garlic and onion, but knew my options would be limited to an open corn tortilla with herbs, so decided against it.

All three were divine, although I can’t remember my exact thoughts on each, as I ravenously wolfed them all down in my post-gym haze before I had time to formulate a view. What I do remember is that the fillings were generous and well seasoned, although the spicy fiend in me took to dousing each taco in the lurid green of my favourite El Yucateco habanero hot sauce.

Also note: a long-sleeved dress may not be the best choice if you’re a clumsy eater like me, so either roll those sleeves up or practise eating saucy tacos at home with the end goal of not getting sauce halfway down your forearm.

Surprising a friend with an impromptu rendition of Happy Birthday is exactly what we did, and as attractive as I’m sure a burrito would look with a lone candle atop, we decided to order the churros and the dark chocolate chilli ice cream as our makeshift birthday cake.

They came together on a single plate; the chilli ice cream nestled in amongst the baby churros served with chocolate sauce and cinnamon sugar dusting. I am quite used to my churros being hollow inside and as good as those have been, these one-upped them by virtue of the chocolate oozing out of them upon every bite. Though I proclaim not to be a dessert person, I can maybe now see why people like it.

As expected, the ice cream had a gentle spicy kick, and went together beautifully with the rich churros, so I’d definitely recommend this pairing.

Polite dining etiquette had it that we each continued dipping into the gradually diminishing melted ice cream without deciding to take the last scoop for ourselves, until it got a ridiculous stage where a sad blob sat in the centre of the plate, with all of us refusing to be ‘the one who took the last bit’. The birthday girl was finally bequeathed the sad blob, but only after it had further melted into an imperceptible puddle.

I can’t remember how this meal made me feel, which means it probably existed in the middle of a continuum that has ‘I can’t move’ and ‘I’m so light – is this how normal people feel?’ at the two disparate ends. All in all, a good result for a meal that included vivid memories of caramelised onion and copious amounts of cheese.

What I underestimated with Kiki Riki was just how Melbourne it was. Upon further reading, I discover that a door disguised as a pantry shelf leads to a secret bar within the restaurant! I’ll probably end up in the kitchen upon trying it in my next visit, but there are worse places one can be.

Kiki Riki Latin Street Food is open daily from noon to 3pm and from 5pm to 11pm.